The pulsating aurora that shows the luminosity modulations, which is caused by intermittent precipitations of energetic electrons from the magnetosphere. It has been believed that wave-particle interactions with chorus waves are a primary process to cause the scattering, but direct evidence has never obtained by past observations. The Arase satellite that was launched on December 20, 2016 has firstly identified the precipitating electrons into the loss cone, which was caused by the pitch angle scattering with chorus waves. Comparative studies with the ground-based observations, it is found that intensity modulations of precipitating electrons are well correlated with the luminosity modulations of the pulsating aurora. It is the first evidence to show that chorus waves actually cause the pitch angle scattering of energetic electrons in the magnetosphere. This study was reported in Nature (2018.02.14), which was achieved by a research group of Dr. Satoshi Kasahara (Univ. Tokyo), Dr. Y. Miyoshi (CIDAS/ISEE), Dr. S. Matsuda (CIDAS/ISEE, JSPS research fellow), and Dr. S. Kurita (CIEAS/ISEE). Note that several data and software developed at the ERG-Science Center operated by ISAS/JAXA and ISEE/Nagoya University have been used for this study. 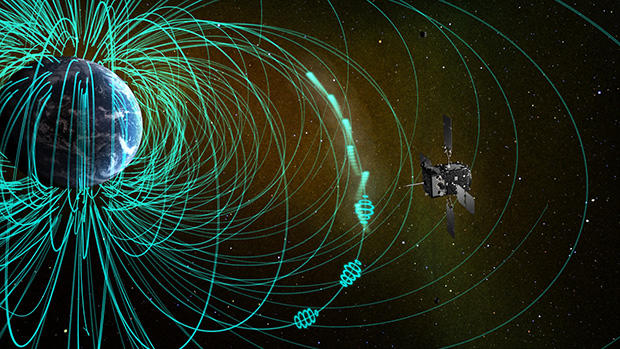