Prototype Schwarzschild-Couder Telescope (pSCT, see Fig. 1), one of prototype telescopes developed for the Cherenkov Telescope Array (CTA) project, observed the Crab Nebula and successfully detected very-high-energy gamma rays from the object with a statistical significance of 8.3σ (Figs. 2-4). The viability of two new technologies used in pSCT, the Schwarzschild-Couder optical system with a large field of view of 8 degrees and a small camera pixel size of 6 mm realized by using silicone photomultipliers (SiPMs), have been proved by this observations.

CTA is the next-generation ground-based gamma-ray observatory to be built in both the Northern (La Palma, Spain) and Southern Hemisphere (Paranal, Chile). It will observe high-energy objects with an energy coverage from 20 GeV to beyond 300 TeV by deploying more than 100 gamma-ray telescopes. 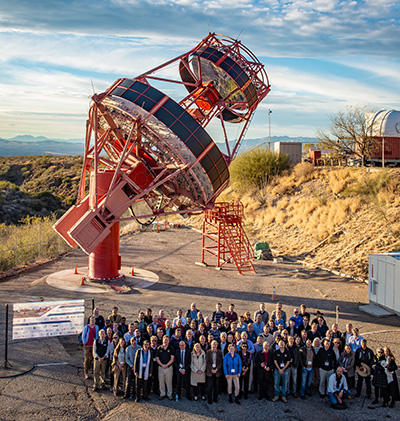 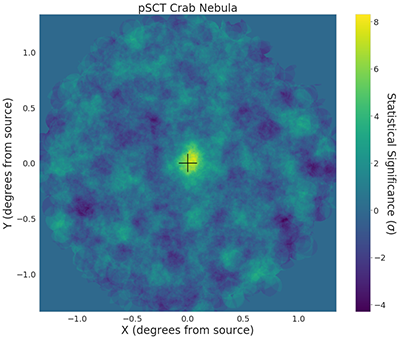 Fig. 2: Significance map of the pSCT gamma-ray observations. The Crab Nebula is located at the image center. (Credit：CTA/SCT Consortium) 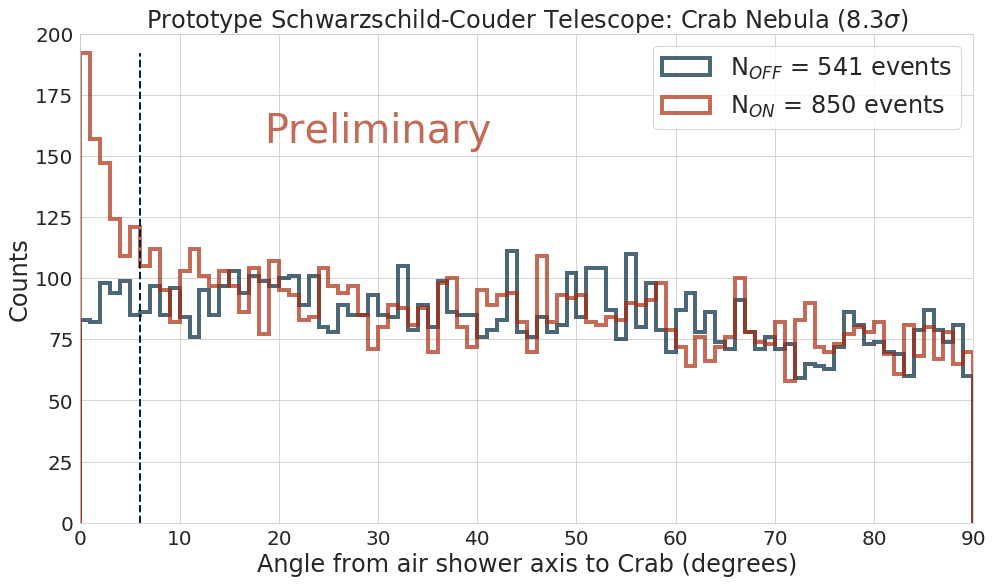