A celestial object which emits radio waves at regular intervals; called “pulsar”, is located at the center of the Crab nebula. The pulsar is considered as a rapidly rotating neutron star, and its detailed properties are little understood. The Crab pulsar is particularly mysterious, and it is known to sporadically emit radio pulses whose intensities are many orders of magnitude stronger than normal ones. Such burst emissions have never reported for X-ray wavelengths from earlier studies. An international joint research teams, which include researchers from RIKEN, ICRR (University of Tokyo), Hiroshima University, JAXA, NICT, and NASA, first identified X-ray enhancements associated with giant radio pulses of the Crab pulsar from simultaneous observations using the X-ray telescope NICER (NASA) onboard the international space station and radiotelescopes at Kashima and Usuda. This suggests that the energy released by GRPs are much greater than that previously known. This paper was published in Science on April 9, 2021.
Crab pulsar observations have been conducted using a large radiotelescope at Toyokawa observatory to study the plasma density distribution near the sun. Data obtained from the Toyokawa observations were provided to the international joint research team to contribute for establishment of the GRP database. 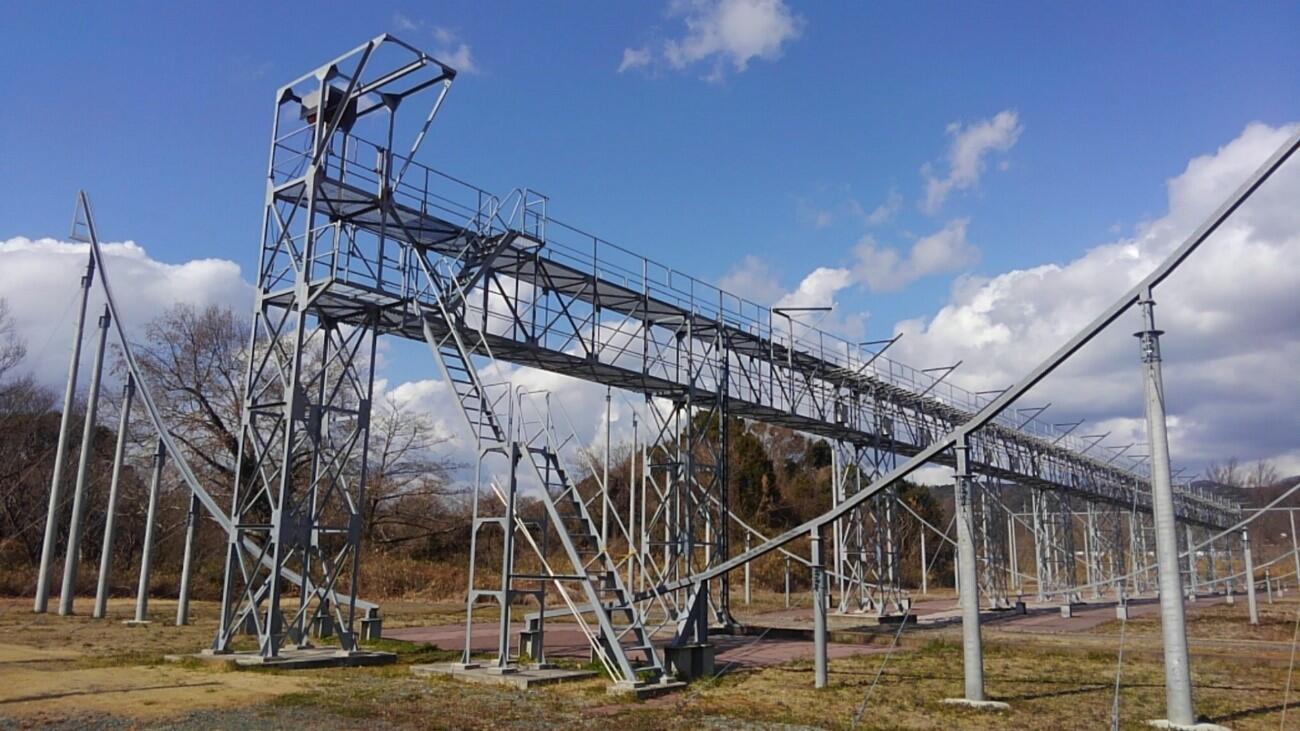 Large radiotelescope at Toyokawa observatory of ISEE.
Remote sensing measurements of the plasma density near the sun have been made from observations of Crab pulsar with this radiotelescope.