Researchers led by Dr. Sho Ohata (the Division for Meteorological and Atmospheric Research), Dr. Makoto Koike of the University of Tokyo, and Dr. Andreas Herber of the Alfred Wegener Institute, Germany, have revealed that the year-to-year spring variation in Arctic black carbon (BC) aerosol abundance is strongly correlated with biomass burning in the mid-latitudes.

BC emitted into the atmosphere by fossil fuel combustion and biomass burning efficiently absorbs solar radiation and heats the atmosphere. Furthermore, BC deposited on snow and ice can reduce their reflectivity and accelerate their melting. Most of the Arctic BC is believed to be transported from regions outside the Arctic and contribute to Arctic warming. However, estimates of the relative contribution by a variety of sources to Arctic BC, and thus of BC’s climate impact, still have considerable uncertainties.

The research group participated in the international aircraft observation campaign (PAMARCMiP) in 2018 and found that relative changes in the year-to-year variation of “vertically integrated BC mass concentrations” – that is, the amount of BC in columns between 0 and 5 km altitudes – was generally consistent with that in biomass burning activities in mid-latitudes. Moreover, comparisons of model simulations with observations suggest that current models underestimate the contribution of BC from biomass burning by a factor of three.

The observations presented in this study provide useful bases to improve and evaluate numerical model simulations that assess the BC radiative effect in the Arctic. Furthermore, global warming has the potential to increase biomass burning in mid- and high-latitudes. This study suggests that these future changes in BC emissions could influence the amount of Arctic BC and its radiative impacts more than estimates provided in previous studies. 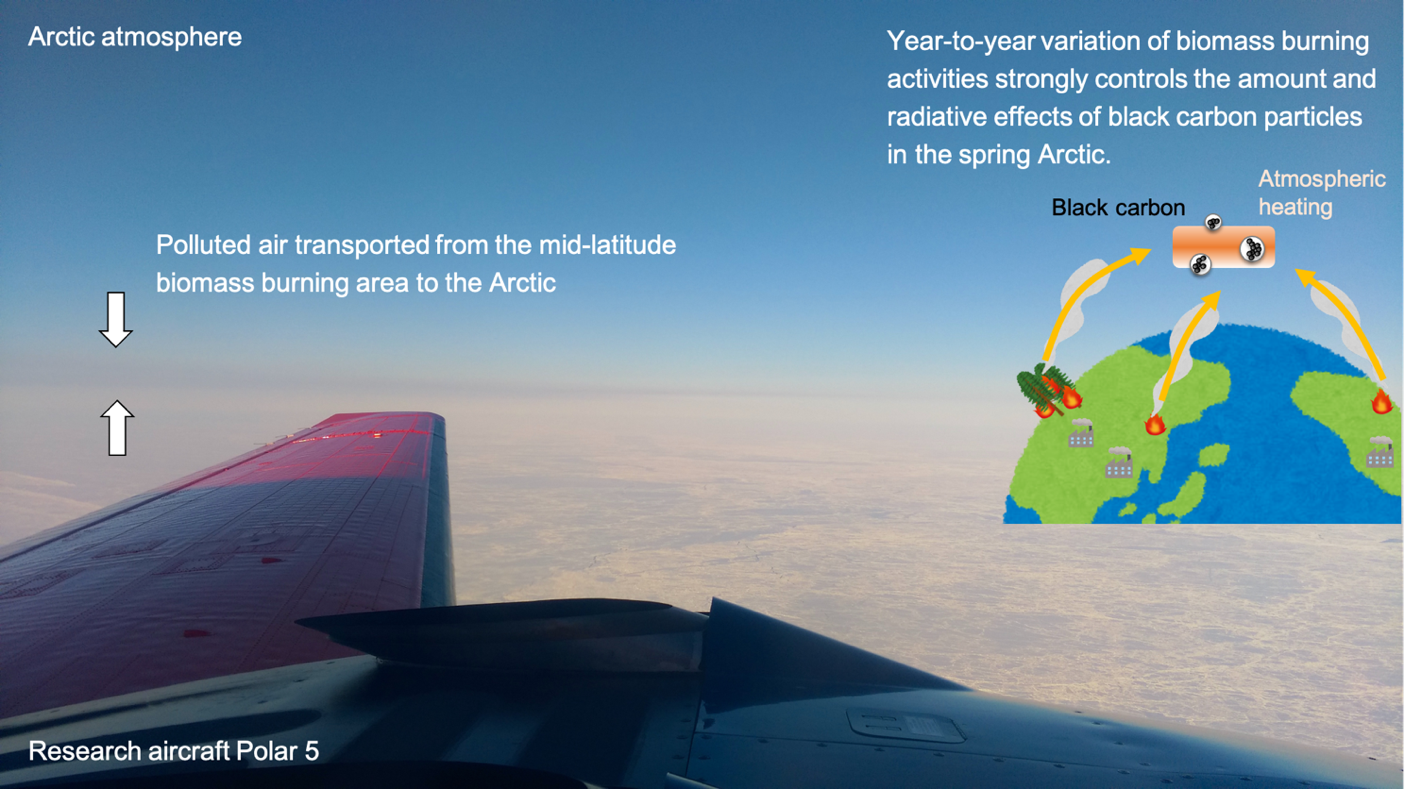 Photo taken from the research aircraft during PAMRCMiP in 2018. A polluted layer was observed. A schematic drawing of transport of BC from mid-latitudes to the Arctic is also shown.