Project for the Interaction of Neutral and Plasma Atmospheres

The Earth’s atmosphere is partly ionized because of solar ultraviolet emission, forming the ionosphere. Ionospheric plasma affects human activities in space such as radio communications and GPS positioning. Variation of the ionosphere is caused by energy inputs from above and below, i.e., solar flares and geomagnetic disturbances from space as well as waves in the neutral atmosphere from the troposphere and middle atmosphere. The energetic plasma precipitating into the atmosphere causes visible auroras as well as dynamical and chemical disturbances in the atmosphere, impacting the atmospheric environment. The consequences of climate change appear significantly in the upper atmosphere and ionosphere. This project investigates the interaction of neutral and plasma components of the Earth’s atmosphere using various ground remote sensing techniques and in situ satellite measurements, as well as global and regional high-resolution modeling of the neutral-plasma interaction, and contributes to the reliable use of space by human beings. 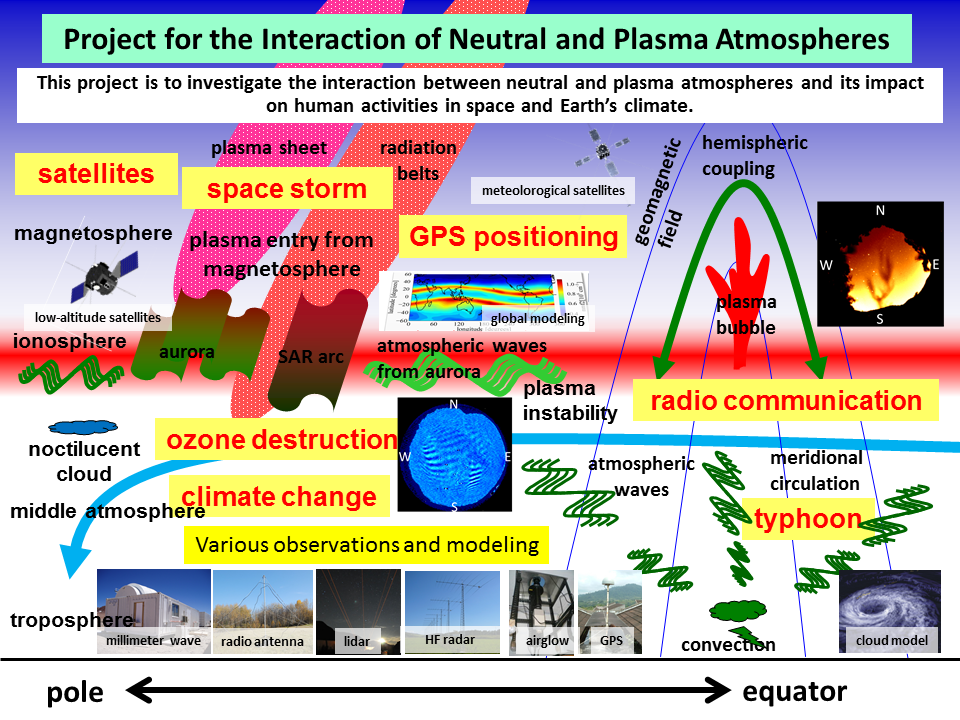