Cosmic rays are a form of natural background radiation that travels from space to the Earth. Cosmic rays primarily consist of protons, but also contain other charged particles such as electrons or nuclei, high-energy photons such as gamma rays, and neutrinos. Cosmic rays, which are produced at various points in the universe, propagate through interstellar space. Before they reach the Earth, they occasionally interact with interstellar media or are reflected by interstellar magnetic, solar, or geomagnetic fields. 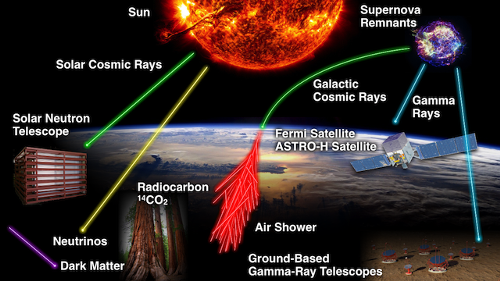 Cosmic rays arrive at the Eearth from the space or the Ssun. As high-energy radiation, tThey give have various effects on the Eearth as high energy radiation,. Also, they have constituteplayed an important role as a tools to provefor the investigation of fundamental physics in the fields of astrophysics and particle physics. (（Credits of for some of figures: ：NASA, JAXA/ISAS, and the CTA consortium.) ）

The origins of cosmic rays are not yet fully known. The acceleration of charged particles generally occurs in regions containing cosmic plasma, which is a common substance in the universe. For example, cosmic plasma can be found in supernova remnants, the solar surface, or the Earth’s magnetosphere. While the cosmic-ray acceleration mechanism is partly understood, the actual source objects or detail processes of this radiation are less clear. Understanding the origin of cosmic rays is one of the key research activities of the Division for Cosmic-Ray Research. This problem is approached through observation of both cosmic gamma rays and solar cosmic rays such as solar neutrons, in order to understand the fundamental mechanism of particle acceleration in cosmic plasma. 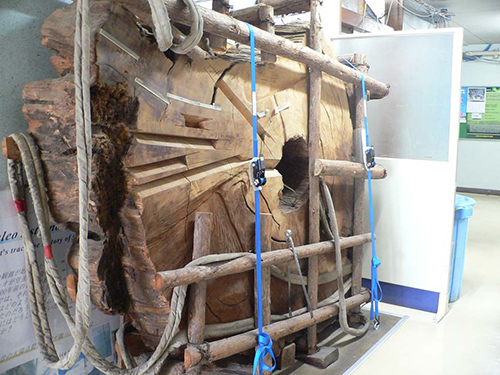 Cosmic rays also provide limited information on very high-energy phenomena or the existence of unknown elementary particles that cannot be studied via accelerator-based experiments. Thus, cosmic rays, as a “natural particle-physics laboratory”, have played an important role in various discoveries in fundamental physics, such as the discovery of positrons, the first anti-particle, pi mesons, and the recent observation of neutrino oscillations. The Division for Cosmic-Ray Research is studying the interaction of ultra-high-energy cosmic rays at the Large Hadron Collider (LHC), while also investigating neutrino physics and dark matter, which are fundamental enigmas in the interdisciplinary fields that involve astrophysics and elementary particle physics. 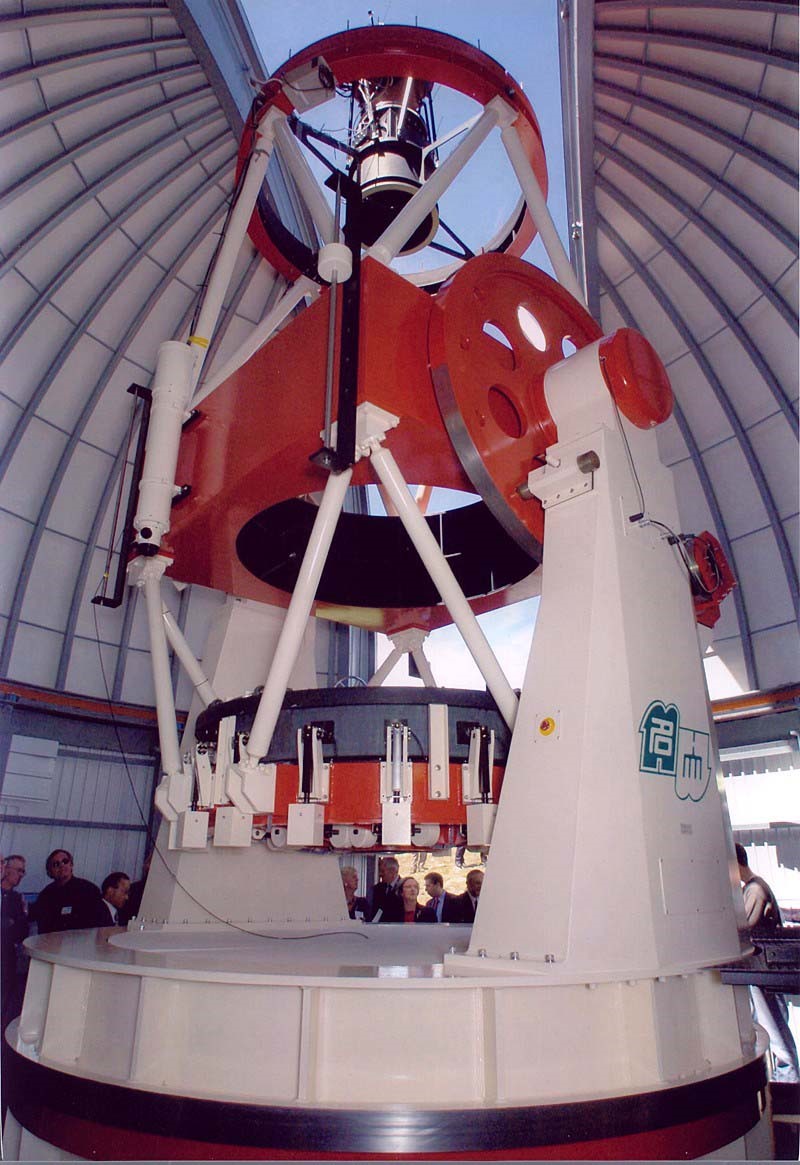 Cosmic rays penetrate the Earth’s atmosphere and provide energy through ionizations and nuclear reactions accompanied by cosmogenic isotopes such as radioactive carbon-14. Further, cosmic rays can be regarded as “messengers from space”, carrying the most energetic components of the universe from the most distant sites. Cosmic rays can also be used to probe the variation and history of magnetic fields close to the Earth. The Division for Cosmic-Ray Research studies the relationship between cosmic rays and past solar activity or the Earth’s environment using various methods, such as measurement of radiocarbon content in tree rings (in collaboration with other divisions such as Chronological Research). Moreover, the division also operates the MOA-II 1.8-m wide-field optical telescope in New Zealand, which is dedicated to the survey observation of gravitational microlensing in a search for exoplanets or dark matter objects.

Cosmic ray research covers a very wide field of topics from the three research fields of astrophysics, particle and nuclear physics, and geophysics, which has led to the development of various interdisciplinary fields. The Division for Cosmic-Ray Research is working to develop active interdisciplinary fields between the Earth and space, and is also cultivating human-resources with a wide perspective, through collaboration with the Department of Physics and the Kobayashi-Maskawa Institute in Nagoya University.