“The solar wind that seamlessly connects between the Sun and the Earth; Challenge for elucidation of its enigmas from our own observations.”

A supersonic (with a speed of 300-800 km/s) plasma flow called the solar wind emanates from the Sun, and permanently engulfs the Earth. While the magnetic field of the Earth acts as a barrier to protect the atmosphere from direct interaction with the solar wind, a considerable fraction of its vast energy enters the near-surface layer via various processes. Thus, the solar wind acts as a carrier to transfer the Sun’s energy to the Earth. 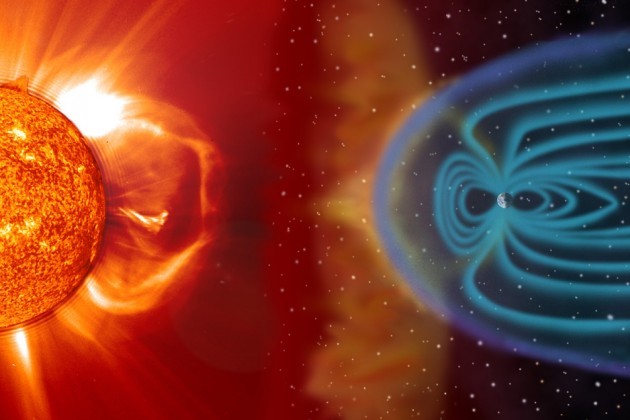 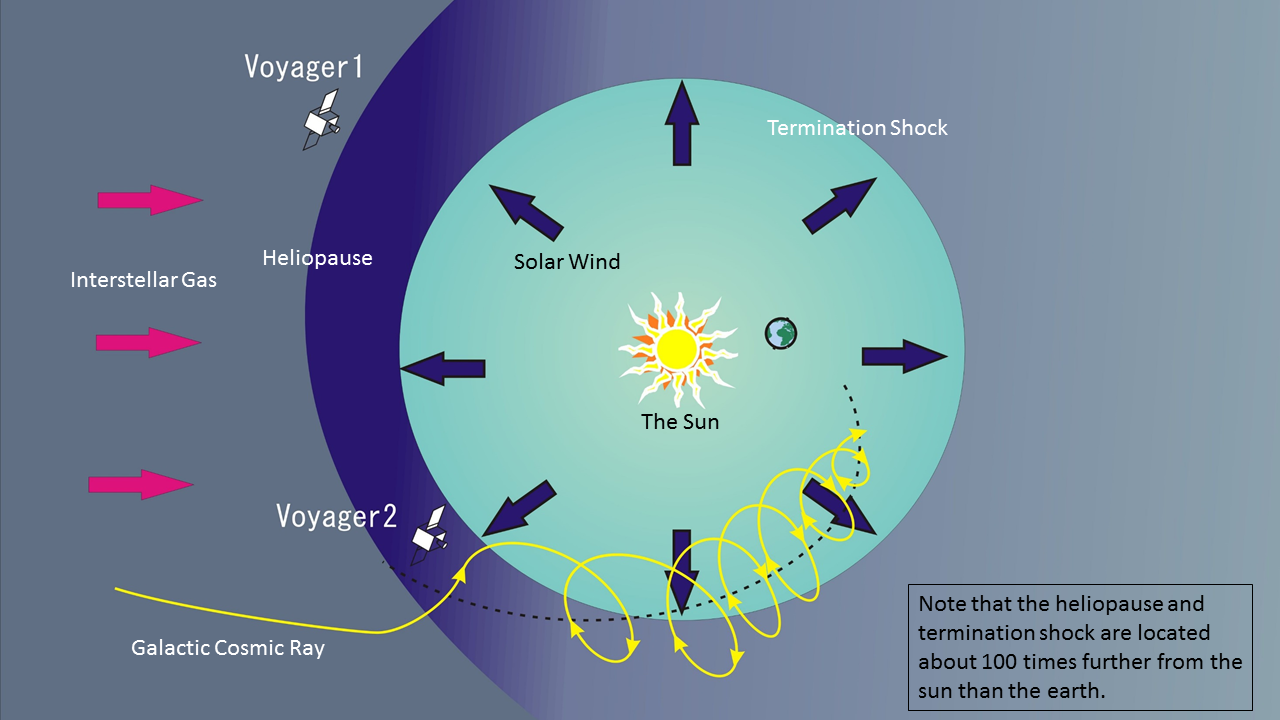 Schematic illustration of the heliosphere

A number of fundamental questions on the solar wind remain unsettled; how is it is formed? Where is the source? How does it expand into the interplanetary space? In the heliospheric division, research to elucidate these questions has been carried out using our ground-based observations. Since the solar wind is too rarefied, a ground-based observer cannot detect any light or radio waves radiated by the solar wind. However, one can obtain information on solar wind speed and density by observing scattering phenomena of radio waves from compact sources (quasars, pulsars, etc) by the solar wind density irregularities. This method is called interplanetary scintillation (IPS) observation. In the heliospheric division, solar wind data have been collected on a daily basis using large radiotelescopes at three observatories, dedicated IPS observations. Our observations enable capture of the 3-dimensional features of the solar wind drastically evolving with the solar activity. This is advantageous over in situ measurements.